Reading
The Royal We - Heather Cocks and Jessica Morgan
I bought this from Kobo around the time of the Royal Wedding. It was a long read but a really good one. Bex falls for the future king of England and their relationship is followed from meeting at university up until the day of the wedding.

Alone in the Classroom - Elizabeth Hay
I liked book but it was kind of dark. It took a while to get through as it was the one I left at work to read on breaks.

Girl at War- Sarah Novik
A Kobo read from the library. It was entertaining and educational. All about the war in Croatia and a young girl who faces a ton of tragedy.

Writing
I’m sort of stalled on my most recent writing project. Summertime is hard because there’s a lot going on. Maybe I’ll get back into it in the fall.


Watching
I’m deeply into The Handmaid’s Tale and the season finale is tonight. I’m also watching The Bachelorette (IDGAF who she ends up with but can we please have more Colton?) and Queer Eye. YouTube has fallen off my radar lately.

Clicking
I did a massive Zara sale order and returned all but one top! I did a lesser Gap order but barely liked anything with that one either. I’ve been reading up on all the details of JB and Hailey’s engagement. I was not surprised at all and I actually like her best out of all the girls he’s dated. I’m guessing it’s going to be a down south or Canada wedding.

Seeing
Clouds and golfers. I’m under the umbrella on the back deck. It’s cloudy but warm.

Wearing
Lululemon shorts, a black tee. I've been trying to wear a lot of skirts and dresses to work as we have so few months to do that here in NS...

Eating
I had the most incredible doughnut from Vandal on Friday. It was called unicorn poop and it tasted like marshmallows and heaven. I had amazing pizza this week at Rinaldo’s - I'll be back there very soon for sure!  My mom made seafood casserole yesterday with strawberry shortcake for dessert and was nice enough to send me home with one of her boxes of Riverbreeze strawberries. Ribfest was a few weeks ago and I had some yummy pulled pork there!

Drinking
I’ve been trying a bunch of new cider, radlers and fruity beers from the NSLC lately. I just buy them in singles so I can try different ones. I’m in love with Garrison Pucker Up! A few of the girls from work and I went to the East Coast Cider Fest in June. It was really fun and we tried so many good ciders. My favourite was Earl Blue from Annapolis Cider. R and I keep toying with the idea of getting  a Soda Stream. 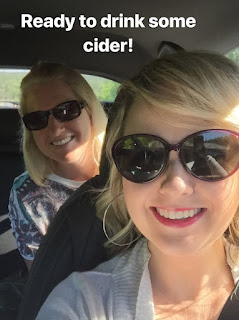 Feeling
Strong. I've been so disciplined with my workouts for the past few months. I will miss one occasionally if I have plans but for the most part I've been sticking with Beachbody On Demand and a few YouTube workouts to mix it up. I work out three weekdays and both weekend days. I'm also feeling the love from connecting with so many close friends who have been visiting from away.

Anticipating
There are many social events coming up... including Halifax Pride, a family BBQ, a get together on my deck, and a trip to Toronto in August. Also hoping to get to Annapolis Cider and The Ovens sometime in the next few weeks.

June is usually a bigger spending month for me because of the summer sales. I had $315 available to spend this month to end the quarter. 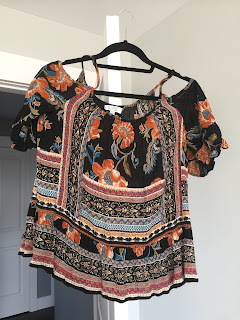 Tank: Dynamite
Reg $23, on sale for $15
This was another "going out shirt" that I wore to Cider Fest. 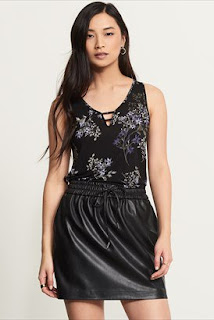 A more casual going out shirt or weekend shirt. This was part of the Anna Glover collection. 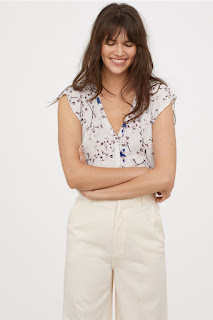 Pants: H&M
Reg $20
I was really drawn to these pants when I saw them, but didn't think they would look for me as elastic waist things generally don't. But they were surprisingly cute! They look great with black or white tops. 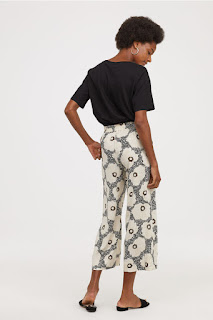 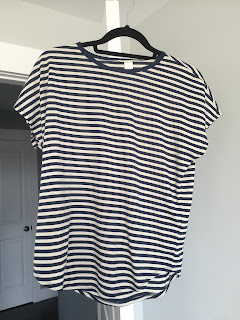 Dress: Gap
Reg $65, on sale for $25
I love the soft and stretchy material of this dress. I wore it to work already with a cardigan. 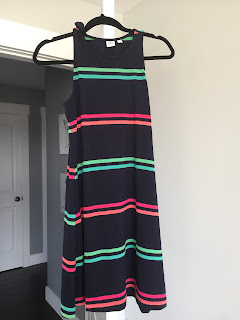 Tee: TNA at Aritzia
Reg $25, on sale for $20
TNA tees are so soft. I bought this color during the clientele sale specifically to wear on Canada Day. 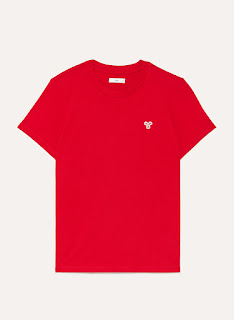 Cardigan: Wilfred Free at Aritzia
Reg $65, on sale for $52
Another clientele sale find. This is my third Zlata cardi. I can't believe I held out so long to buy the black one. 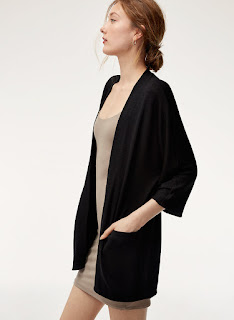 Shirt: The Group by Babaton at Aritzia
Reg $55, on sale for $32
This was on sale after the clientele sale. It's a great basic that can be worn year-round. 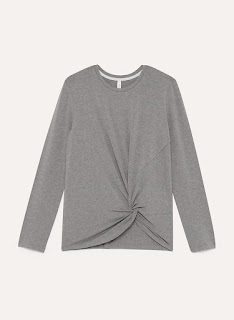 Pants: Banana Republic (no longer available on-line)
Reg $110, on sale for $27
Sloan pants are my favourite! I love the buttons on the bottom. I think I have five pairs of pants in this color now..... I'm OK with it. 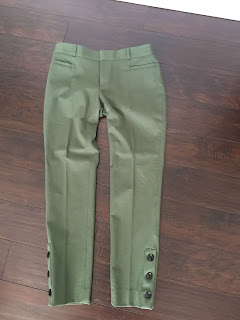 Tee: Zara (no longer available on-line)
Reg $26, on sale for $18
This was from the kids section and looks good with high-waisted bottoms (including the H&M pants above) . I love basic white and cream tops for the summer. Fun fact: this was part of a $500 Zara on-line order and this was the only thing I kept! 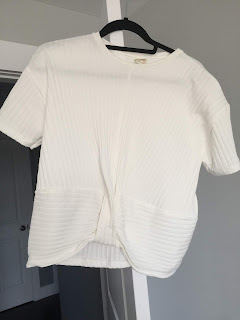 I'm rolling $73 on as I didn't spend my limit for last quarter. The summer sales continue into July, which is fun because it's actually warm enough now to wear summer clothes. I hope to still have a decent amount left to spend for Toronto in August. We're booked to stay across from the Vaughan Mills mall. There is nothing in particular I have my eye on for July, but I do have a sizeable Gap on-line order on the way, which might eat away some of my budget. The Zara summer sale is going on right now and there are a few things I have my eye on that I might grab if the price drops again.