I've made my way through more books than usual this month. I think it's because we've had some serious snow, which mean more time spent inside both at home and at work. I've spent several lunch hours reading in the past few weeks.


Where I Lost Her - T. Greenwood
Once in a while I like to read some mystery/suspense. This books was just enough of that for me, while still doing a good job of character development. The basic premise is that a woman thinks she sees a little girl run onto the woods in the middle of the night on the side of the road. The rest of the book is spent trying to figure out if she is real or imagined, and also touches on infertility.

We Were Liars - E. Lockhart
Another YA book that sucked me in! I thoroughly enjoyed this read that left me crying at the end. It was one of those reads where pieces of the story keep being revealed bit by bit until the end, which is a huge twist. This would be a perfect beach read for those of you who might be planning trips south in the next little bit!

Pillars of the Earth - Ken Follett
I'm embarrassed to admit that this book took me over TWO YEARS to read. I started it on the plane going to our wedding. It is really long (about 1000 pages) and I would read chunks of it at a time and then put it down (sometimes for many months). I kind of liked reading it that way though as it felt more like a series of book than just one.

Me and Earl and the Dying Girl - Jesse Andrews
This book is bound to draw comparisons to The Fault in Our Stars, but it really is quite different. It was a quick read as some of the book is in script form. I didn't find sad at all, but the author warns that it isn't a sad book right from the beginning. I'll watch the movie soon and see how it compares to the book. 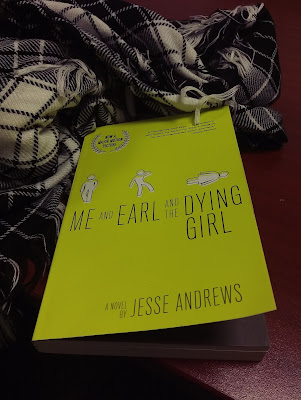 I'm still watching tons of YouTube, mostly make-up and style videos but also some travel stuff as well. I've been keeping a check on my on-line shopping lately (yay), but I did order a few bikini bottoms and shorts from Old Navy in preparation for our vacation next month. I usually don't have luck with swimsuits from Old Navy but they were 25% off and I can return them if they don't fit.

I'm burning through Season 3 of Suits. R and I have been catching up on This is Us and Grey's. We might start a new series soon - perhaps Riverdale or Stranger Things. Girls came back on for the final season. I like that show but also find it frustrating. I don't watch Bachelor spoilers so don't ruin it form me, but I'm predicting Vanessa to be the one who gets the final rose.

We've been eating a lot more vegetarian meals during the week. They are so quick to make compared to eating meat! I did eat out twice this weekend- once at Clay West for a retirement party (the nachos were decent) and then at Moxies with R, mom, and dad (the burger was delicious).

I'm having a DAVIDsTEA at the moment - Pom Cider which I believe was one of the fall teas. I had a really good bottle of wine recently - Lucie Kehlmann by Gaspereau Vineyards. I had a weak moment at the grocery store yesterday and came home with zero calorie Cherry Coke. 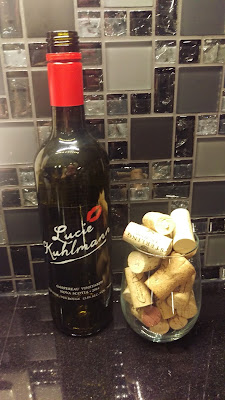 I feel like the only two places I write these posts are at our kitchen table or at Starbucks. Today I'm at the table looking out at a very snowy golf course. We did lose a fair amount of snow yesterday as it was 7 degrees. That trend can continue please. The snowbanks are so dirty and gross.

My tea. I can also smell the Wallflower in our powder room. It's a winter scent- something cinnamon.

It's pretty quiet here right now. I don't have anything on in the background. My favourite new song at the moment is Shape of You -Ed Sheeran.

I'm actually feeling kind of blah today. I might spend the afternoon on the coach finishing Suits or reading. Overall I've been feeling much stronger lately. I'm on week 6 of Kayla Itsines (I'm following the fitness guide but not the food guide) and while the scale hasn't budged, I'm noticing big improvements in strength and subtle improvements in how my clothes are fitting. A lot of girls who've done it say they don't see big changes until around week 8 or so.

Five weeks from now I will be in Palm Springs. We just planned out our itinerary, making sure to leave some down time scheduled.

In this post, I'll share with you the products that I've finished lately. I'm making a conscious effort to use up products before I replace them. I'll also try to eliminate some things that are not quite finished yet but are not being used. My last post was at the end of December, so it's only been about six weeks of hoarding empties. 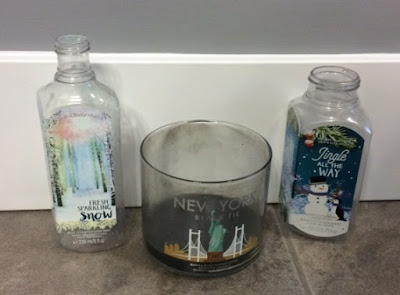 My Bath & Body Works items are so much less than usual. I think it's because I started a bunch of new stuff and keep switching them out, so haven't really used many up all of the way. For those of you who like more masculine scents, New York Black Tie is a really nice candle. Jingle All the Way is the Christmas hand soap that was in our powder room and Fresh Sparkling Snow was in the kitchen. 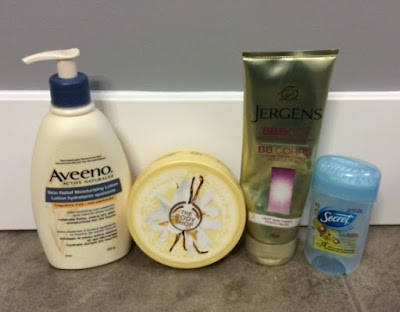 The Aveeno unscented lotion is what I put on in the morning after my shower (I have a no-scent workplace). This Body Shop Vanilla Bliss body butter was one I had leftover from Christmas 2015. Gradual tanners and I don't get along that well - I do better with full strength sunless tanners. That being said, the Jargons is a good gradual tanner if they work with your skin type. The Secret anti-perspirant is the one I always use - cocoa butter scent. 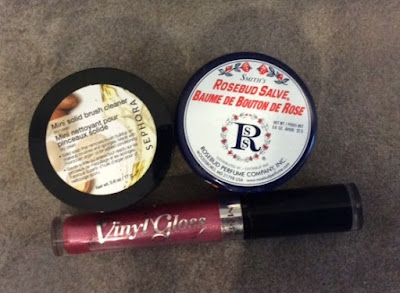 The Sephora solid brush cleanser works really well for brushes. I use a small bar of soap for my beauty blender (the ones from hotels work really well). This Smiths Rosebud Salve was in my nightstand and I used it every night before bed. It lasts a really long time! This Rimmel Vinyl Gloss was old and clumpy so I ditched it. 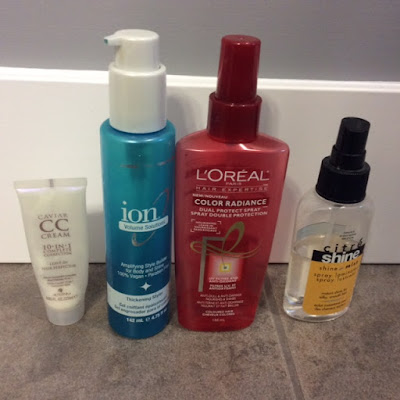 On the left, The Alterna Caviar Cream is my favourite hair finishing product. The Ion Volume Booster  and Citre Shine shine spray were just sitting in my hair drawer not being used. I did finish the L'oreal Color Radiance heat protectant and I liked it - it mad my hair really silky.

That's it for my empties! I usually save up for two months or so before I post them.

Email ThisBlogThis!Share to TwitterShare to FacebookShare to Pinterest
Labels: empties

This month was a bit complicated to be honest in my world of style. I returned a LOT of stuff, which meant I had to make many decisions. Our closet looked like a tornado swept through for most of the month. The only thing I have left to return is a pair of pants from Zara.  I should also mention I spent $50 or so at VS/Pink on bras and sports bras which doesn't get counted in my budget. For those of you who shop like crazy during the VS sale, did you notice there was no price drops throughout the sale? The price at the start off the sale was the lowest it went. I brought back my receipt expecting to get some money back with a price adjustment but nada! To be fair, the prices were amazing so I wasn't upset by it.

Flats: Zara
Reg $70, on sale for $26
Zara really killed it lately with the sale shoes. Both pair I bought I'd been eyeing for months. These also came in black, but I have several pair of black flats so I decided to go with the burgundy. They are real leather and so comfy. 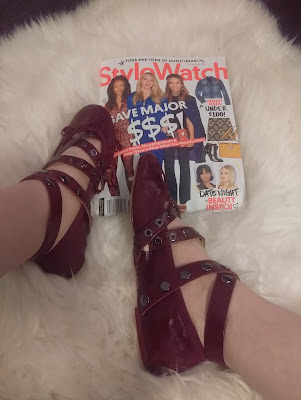 Sneakers: Zara
Reg $70, on sale for $20
These remind me so much of the Rihanna Fenty x Puma sneakers that I lusted over last fall. They're a little heavy due to the thick sole but I know I'll wear them tons. 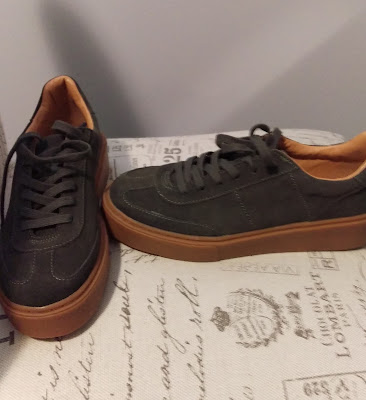 Top: Zara
Reg 30, on sale for $20
This is such a nice top. It goes with nearly everything and makes a casual outfit look a tiny bit dressy. 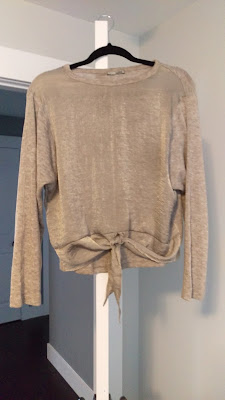 Sweater: Zara
Reg $36, on sale for $20
My measure of success with this top is that I can wear it to work without the sleeves driving me crazy when I'm trying to write and type. 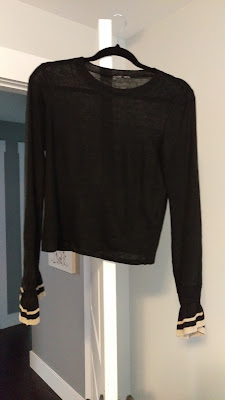 Sweater: Gap
Reg $55, on sale for $25
Soft and cozy sweaters are my favourite. I could wear this one every day. I had it in grey too but returned it as I already have a few grey sweaters and not many right now in blue. It's actually from the men's section in Gap- XS fits oversized but not sloppy on me. 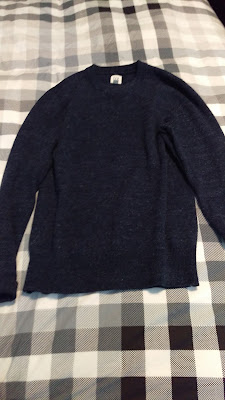 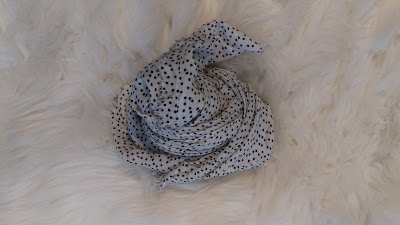 Hoodie: Ardene
Reg $26.50
I was walking by Ardene the other day on the way to DAVIDsTEA and out of the corner of my eye I saw the Purpose Tour logo. Of course I had to pick up this hoodie. It kills me that I spent $50 US on a long sleeve tee at the JB concert when now you can get very similar stuff for such decent prices. 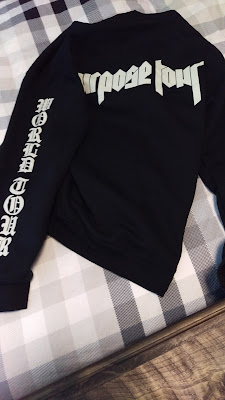 I was $128 under for 2016, so I have an extra cushion this quarter. My downfall may be the Aritzia sale because I just cannot resist their sales. My hope is that I can stay away from Zara on-line for the next two months as I'm gearing up for outlet shopping in Palm Springs. I'm pretty conflicted about contributing to the U.S. economy at the moment though.

That leaves me with $484 to spend for February and March.

Did you score any great deals during the January sales?