Reading
The Queen of the Tearling - Erika Johansen. This was a YA fantasy novel that has been compared to Game of Thrones (which I have not watched so I can't offer opinion). I liked it but didn't LOVE it. I founds parts of it quite slow.
Bachelor Nation- Amy Kaufman. Being a die-hard Bachelor fan, I was excited to read this. It was a fast read and I certainly learned how much manipulation of the contestants and footage exists.
Mary, Mary- Lesley Crewe.  A quick and fun read by a great local author. Made me LOL a few times!

Writing
Next to no blog posts (is anyone still reading?). I’m still working on an outline and research for a bigger project. Random poems and epigrams.

Watching
I just started Season 2 of 13 Reasons Why yesterday. I’m loving Season 2 of The Handmaid’s Tale and season one million of Grey’s (hope to watch the season finale tonight). I was pretty into the Royal Wedding this weekend as was most of the rest of the world. I abandoned Master of None. I watched one episode of The Crown (I’ll continue soon, probably after 13 Reasons).

Clicking
I haven't been on-line shopping lately. Nor have I been watching as much YouTube. I'm still browsing on social media as usual, although I noticed my Instagram posts have been few and far between.

Seeing
My sunny back deck. I was out there for a bit but the bugs were annoying me.


Wearing
Aritzia pants and hat, a green tee, an Element zip up

Eating
Halifax people- if you haven't tried Mappatura yet, you must! I was there on Friday night for the first time. The chicken Saltimbocca was fantastic and the service was excellent. R wanted his birthday dinner last week at Montanas (eye roll , LOL)  but I was craving nachos and they did not disappoint. I've been making some new recipes from Yum and Yummer that have turned out really nice. I've hit up Habaneros several times since it opened at HSC. I usually get the two tacos and a drink special (one chicken, one pork).

Drinking
I forgot how much I love Yellow Tail Shiraz. It's so good and so affordable. I bought the stuff to make Caesars the other day (then realized I'm dangerously low on vodka). Bubly, that new sparkling water from Pepsi, is really good. I've bought three flavours so far. And I tried the pink drink from Starbucks yesterday (soooooo good, and 210 calories for a Venti which isn't bad for a Venti anything. I used a star reward, don't judge me).

Feeling
Sore (in a good way)! I've been doing Beachbody on Demand and mixing up a bunch of different workouts. I've been working out five days a week and also keeping track of my calories on the My Plate app. It's all about balance!

Anticipating
There are a few fun social events planned for June that I'm looking forward to. One of them is the East Coast Cider Fest here in Halifax. I looooove cider, so I can't wait to try some new ones.

April is the start of a new quarter and I have $596 to spend. I haven't bought a new denim jacket yet. The Levis Ex-Boyfriend Trucker is my favourite so far . I can probably make do with the ones a already own for now, and wait to make sure it's the one I want.

Hoodie: H&M (no longer available on-line)
Reg $40, on sale for $15
I keep gravitating towards pink this spring. I'll be clearing out some of my older hoodies soon, so I decided I need this one. Love the details - not quite basic. 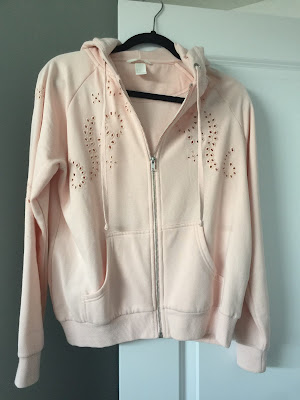 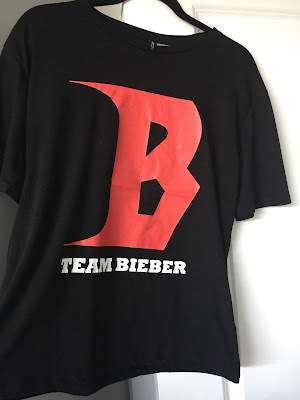 Tee: Zara (no longer available on-line)
Reg $20
I wasn't sure about this when I pulled it out of the box, but once I tried it on, I was sold. It's quite thick, almost like sweatshirt. 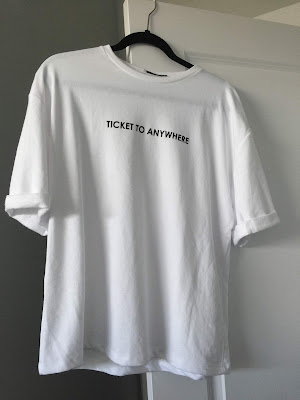 Shirt: Zara
Reg $26
This was another one that I had to try on to appreciate. I love red and blue! 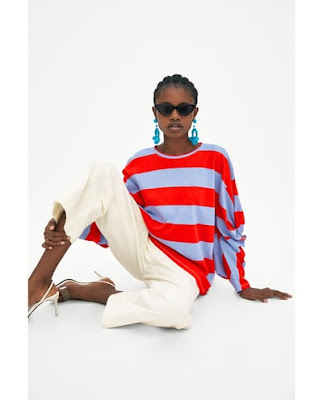 Sweater: Gap (no longer available on-line)
Reg $55, on sale for $17
I donated a similar sweater recently and I knew I'd miss it if I didn't replace it. I like the sleeve length on this one, and it'll go with almost anything. 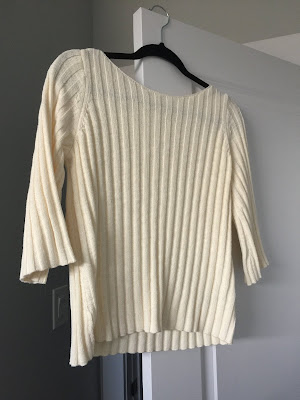 Bomber Jacket: Gap
Reg $108, on sale for $23
I know, a weird purchase for spring, but I'll tuck it away for the fall and be happy to have a new jacket. I've always had a thing for camo. 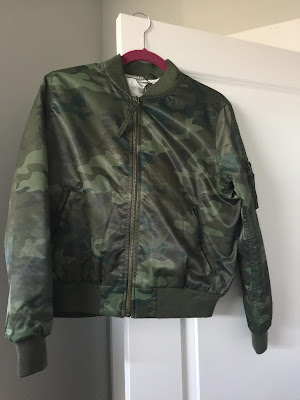 Scarf: lululemon via Brilliant
Reg $48, on sale for $28
This is second-hand but in perfect condition. As big of a scarf person as I am, this is my first Vinyasa. 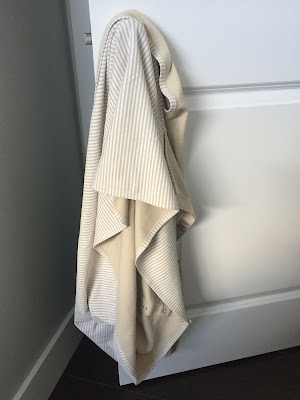 Earrings: Aldo
Reg $8
One day I had a burning need for giant hoops. 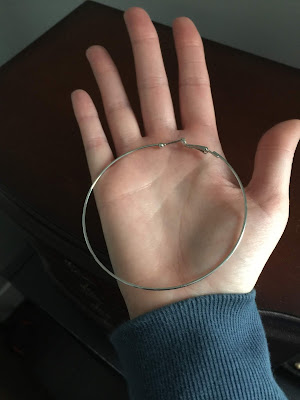 I'm focused own finding blush pink pants, and when I find them, I'll surely spill mustard on them the first time I wear them. I'm also eyeing Vans (yes, pink ones) I saw at DSW. Fashion sneakers will always be a weakness.