Reading
The Best Kind of People - Zoe Whittall. I've owned this book for ages (over a year) and just picked it up recently. I tend to hoard books like that. This was a very good book about a teacher who gets accused of something unexpected. The ending was a bit odd, but I liked it overall.
The People We Hate at the Wedding - Grant Ginder. A sometimes funny, sometimes touching book about family members who are trying not to fall apart.
Next Year, For Sure - Zoey Leigh Peterson. I actually didn't like this one as much as I expected to.  For a book about open relationships, I expected it to be a bit more exciting.

Writing
I've been doing a bit more writing lately, mainly at Starbucks, although I'm doing some this afternoon at home as well as blogging. I had a book idea yesterday that I need to brainstorm and get down on paper.

Clicking
Social media, although I feel like I lurk much more than I now participate. Can't reminder the last time I updated my status on Facebook. I'm a little more active on Instagram, but not much. I've been choosing reading and TV lately over YouTube.

Watching
I've watched a few movies lately - Baywatch (shallow but entertaining.. hi Zac), Fifty Shades of Grey (better than I expected it to be actually...), and Into the Forest (depressing but decent). I finished Season 4 of Suits and am working my way through Season 4 of OITNB. Weekly faves include This is Us, Modern Family, KUWTK, and Greys. The Royals and The Arrangement start again tonight.

Seeing
I'm in the basement looking out the patio doors and seeing more snow on the ground than we've had in some time.

Eating
I ate at Resto Urban Dining in Bedford last week and the greek pizza I had was really good. I'd like to try it again sometime. Last week I made some good lettuce wraps. There's a new recipe for blueberry muffins that I'm going to test out soon, maybe on my staycation. I tried Vandal Doughnuts a few weeks ago (super good) and need to get back and try another flavour. Burger Week starts in 11 days...

Drinking
There's a great private store in Clayton Park called Westside Beer Wine Spirits. I went for the first time a few weekends ago and spent at least 20 minutes browsing the aisles. I came away with a few goodies, most notably 7 Shores Peach Vanilla Bean cider. YUM! I also tried a great red wine courtesy of our neighbours - Young Brute (Australia). I've had a few Second Cup London Fogs as they're doing a Wednesday deal on lattes. Starbucks launched new tea lattes recently. I've tried the Blooming Rose one which I really enjoy, but it's a unique taste that isn't going to be for everyone.

Hearing
It's actually really quiet. I don't even have the TV on in the background.

Feeling
A bit tired from the time change.

Anticipating
It will be nice to have 11 days off in a few weeks but I'm a bit bummed that we decided not to go on a trip. Staycations can be ok, but it's a weird time of year to be off without big plans. I need to structure my days so I don't end up reading, napping, and cleaning the whole time.

I feel like I bought a lot in February. Winter clearance sales were in full force.

Pants: Zara
Reg $35, on sale for $23
So... my workplace has now implemented a dress code. "Business Casual" with Casual Fridays. For someone who wore jeans a lot, I felt the impact. Once I took a closet inventory, I realized that I have plenty of things to wear that are dress code appropriate. Adding another pair of "pants that are not jeans" wasn't exactly necessary, but I really liked these and I was pouting. 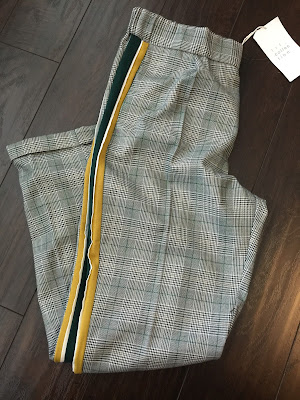 Sweater: Zara
Reg $20, on sale for $8
I have this exact sweater in pink  from a few months back and when I saw it in black and on sale I picked it up. Kids 13/14 Zara sweaters will fit me depending on the style. 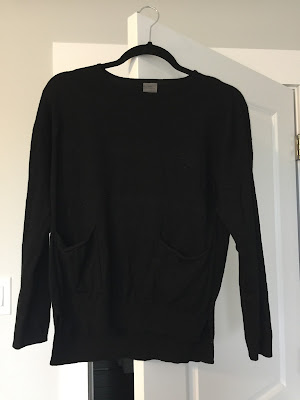 Infinity Scarf: Zara
Reg $20, on sale for $6
Another find in the kids section. I picture wearing this in the fall with a jean jacket.

Hat: Golden by TNA for Aritzia
Reg $28, on sale for $8
I own this hat already in burgundy. I adore Aritzia hats. I can't believe this was the only thing I bought myself in the Aritzia sale! 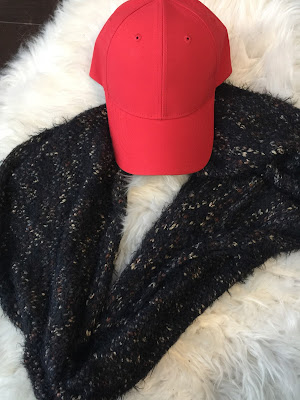 Boots: Zara
Reg $150, on sale for $80
I've finally found black ankle boots to replace my old Aldo ones that got hundreds of days of wear. I ordered a few from Browns as well. There was one pair that were beautiful but they were really delicate nubuck which just isn't practical for this climate for an everyday boot, which was what I was searching for. I love the stud details on these and that there are no zippers or laces. 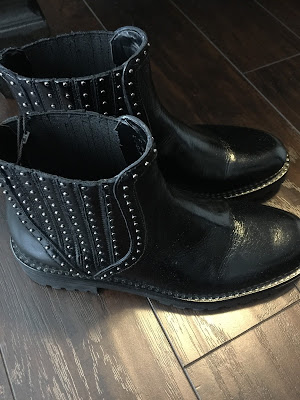 Sweater: Gap
Reg $65, on sale for $17
I've been drawn to pink things lately which is a departure from my closet full of neutrals. 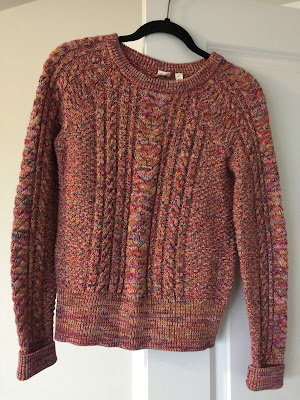 Cardigan: Gap
Reg $55, on sale for $7
This reminds me of the Wilfred Free Zlata cardi from Aritzia, which is my favourite. This came with a fabric belt but I don't like it so I will ditch that and cut off the little belt loops. 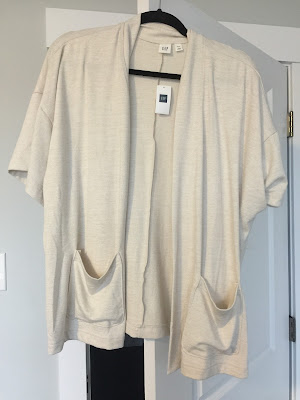 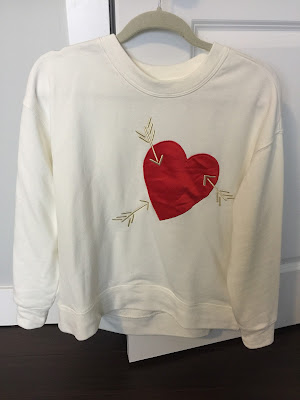 Necklace: RW & Co.
Reg $39, on sale for $7
I bought this to go with a black dress to a charity event. I could have worn a necklace I already owned but I felt like something new. 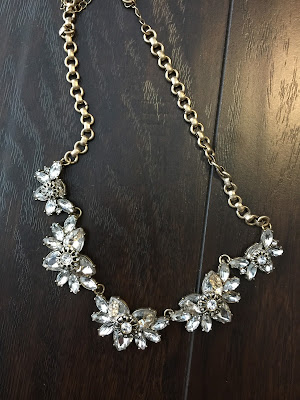 Blazer: H&M
Reg $40, used Conscious coupon and got it for $35
I have a thing for no-button blazers. This one is really soft and stretchy and long. Love it. 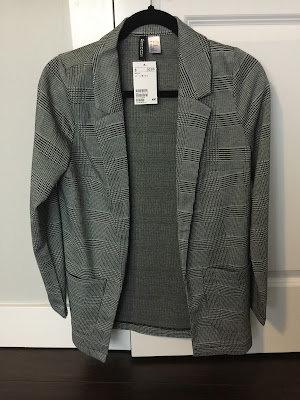 The past few years I've been shopping in California in March, which isn't happening this year. I have $208 left to spend for the quarter. I don't really have anything specific on my wish list. It's always so tempting to buy lots of spring clothes but in reality, it's still a long time before they can be worn.